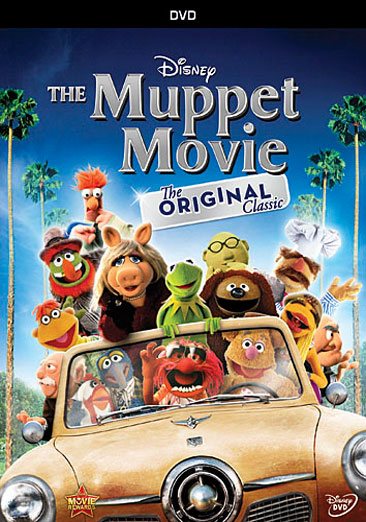 Kermit and his friends are on their way to Hollywood where Kermit is to star in a new movie, but on their way they run into a man who pursues Kermit for his deep-fried frogs legs commercials. Read More
"Celebrate the nearly 35th anniversary of a beloved classic, and see how the Muppets began with a new special edition of The Muppet Movie on Blu-ray. From the very first ""plunk!"" of Kermit's banjo playing ""The Rainbow Connection"" (Oscar nominee for best original song, 1979), to the hysterical road trip that brings our fearless frog together with Fozzie, Gonzo, Animal, and most importantly of all, Miss Piggy, join the jam-packed heartwarming hilarity, outrageous antics, and big-shot Hollywood cameos. It’s bursting with hilarious bonus extras including an all-new frog-e-oke sing-along with your favorite Muppet songs." Read Less