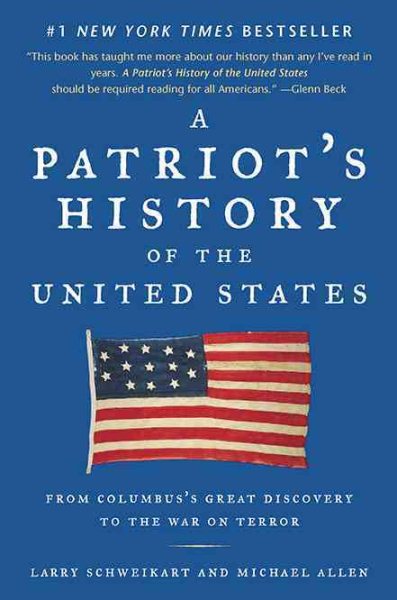 Argues against educational practices that teach students to be ashamed of American history, offering a history of the United States that highlights the country's virtues while placing its darker periods in political and historical context. Read More
For the past three decades, many history professors have allowed their biases to distort the way Americas past is taught. These intellectuals have searched for instances of racism, sexism, and bigotry in our history while downplaying the greatness of Americas patriots and the achievements of dead white men.As a result, more emphasis is placed on Harriet Tubman than on George Washington; more about the internment of Japanese Americans during World War II than about D-Day or Iwo Jima; more on the dangers we faced from Joseph McCarthy than those we faced from Josef Stalin.A Patriots History of the United States corrects those doctrinaire biases. In this groundbreaking book, Americas discovery, founding, and development are reexamined with an appreciation for the elements of public virtue, personal liberty, and private property that make this nation uniquely successful. This book offers a long-overdue acknowledgment of Americas true and proud history. Read Less

Goodreads reviews for A Patriot's History of the United States: From Columbus's Great Discovery to the War on Terror