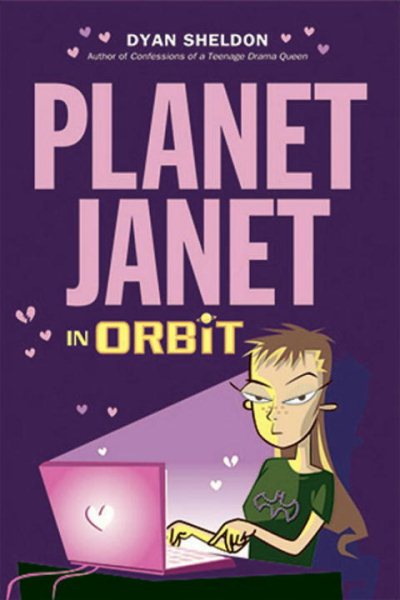 Having taken a break from the "Dark Phase" of her life, Janet records in her diary the trials and tribulations that occur as she finds a summer job, witnesses the changes in her mother and best friend as they fall in love, and approaches her own seventeenth birthday. Read More
Janet's symbiotic relationship with her best friend is put to the test by the arrival of a controlling boyfriend in Dyan Sheldon's witty, diary-style sequel to PLANET JANET.Now that her mum, the Mad Cow, has split from her cad of a dad, Janet Bandry — despite her Creative, Artistic Mind — is leaving the Dark Phase to enter the Work Force. Only one thing can ease the physical torture of waitressing at a local Mexican restaurant — a dreamy waiter named Ethan who definitely has romantic designs on . . . Disha, Janet's best friend. Janet, of course, is mature enough to get over it — except for the fact that Disha now won't hang out with anyone but her possessive new beau. And if that's not appalling enough, even the Mad Cow is newly besotted — with a bearded suitor who has her singing old folk songs and boycotting evil corporate greed. Good thing Janet is sensible enough to start an advice column for the school paper and has her mates David and Marcus to talk to, as the entire female species seems to have gone insane.Detailed in humorously melodramatic diary entries and including a glossary of Britishisms, PLANET JANET IN ORBIT follows the precarious path of a comically self-absorbed teen who is learning some useful lessons about loyalty, family, and friendship. Read Less

Alison and the Prince