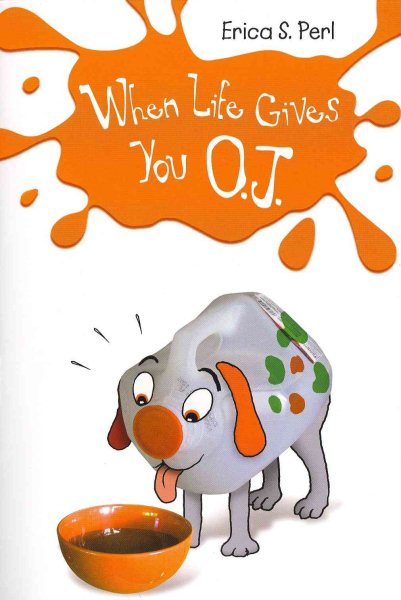 When her grandfather suggests Zelly Fried show her parents she's ready for the responsibility of taking care of a dog by making a "practice dog" out of an orange juice jug, she is not entirely sure about the idea. Read More
For years, 10-year-old Zelly Fried has tried to convince her parents to let her have a dog. After all, practically everyone in Vermont owns a dog, and it sure could go a long way helping Zelly fit in since moving there from Brooklyn. But when her eccentric grandfather Ace hatches a ridiculous plan involving a "practice dog" named O.J., Zelly's not so sure how far she's willing to go to win a dog of her own. Is Ace's plan so crazy it just might work . . . or is it just plain crazy?Erica S. Perl weaves an affectionate and hilarious tale that captures the enduring bond between grandparents and grandchildren.  Even when they're driving each other nuts. Read Less

Goodreads reviews for When Life Gives You O.J.

King of the Zoo