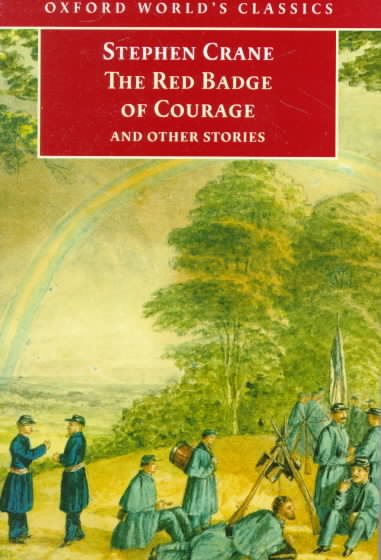 Oxford offers the most generously annotated edition of The Red Badge of Courage (1895), a vivid psychological account of a young man's experience fighting in the American Civil War based on Crane's reading of popular descriptions of battle. This volume also includes the short stories "The Open Boat"(1898), "The Monster"(1899), and "The Blue Hotel". The editors explore Crane's work from a fresh critical perspective, focusing on his role as an experimental writer, his modernist legacy, and his social as well as literary revisionism. Read More
In 1895 Stephen Crane achieved early fame with his powerful, enigmatic portrayal of a raw recruit's experience of war, The Red Badge of Courage. Although Crane had never experienced battle, he wrote with rare insight and immediacy of his young protagonist's fluctuating emotions, in a style that had a profound influence on American fiction. This selection includes the 1896 coda to the story, 'The Veteran', and the best of Crane's other fiction: the impressionist masterpiece 'The Open Boat'; The Monster, perhaps the most complex and disturbing of all Crane's works; and 'The Blue Hotel; his greatest western story.This edition explores Crane's work from a fresh critical perspective and introduces new research on the imaginative relationship between Crane's novel and the Civil War. Read Less

Maggie and Other Stories