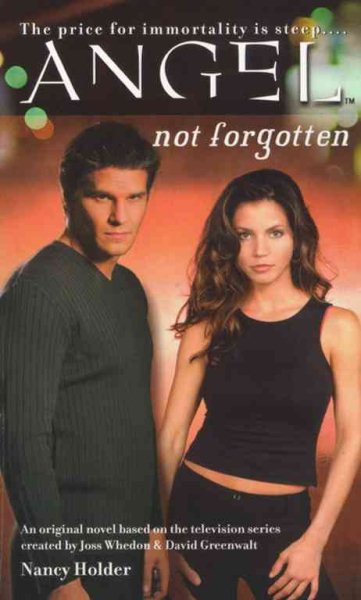 Angel, a vampire, and his friend, Cordelia, investigate a series of crimes that lead them to a band of immigrants imprisoned by an evil landlord. Read More
Even if it takes an eternity, he will make amends....Burning BodiesA crime wave has swept the Los Angeles area, which under normal circumstances would be par for the course. But nothing links these particular victims except the cause of death -- their bodies were burned from the inside out. Obviously supernatural forces are at work.While Angel investigates the murders, Cordelia tracks down a band of child pickpockets. Surprisingly, both searches lead to the same place: a wealthy slumlord who has all but imprisoned the children's immigrant parents.And conducts elaborate rituals to Latura, the Indonesian God of the Dead.Angel, Doyle, and Cordelia may have had a rocky start in L.A., but they realize they've got it much easier than the immigrants. Characteristically, Angel wants to help. But can he free them before the Feast of Latura? And if not, will they become the next sacrifices of someone's quest for immortality? Read Less

Goodreads reviews for Not Forgotten (Angel)