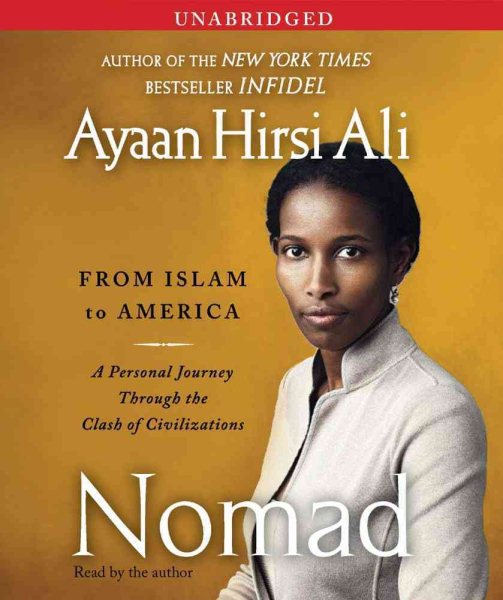 Ayaan Hirsi Ali captured the world’s attention with Infidel, the critically acclaimed, eye-opening m... Read More
Ayaan Hirsi Ali captured the world’s attention with Infidel, the critically acclaimed, eye-opening memoir of her Muslim childhood in Africa and Saudi Arabia and her eventual escape to the Netherlands to avoid a forced marriage. After a Dutch film director with whom she made a documentary about the mistreatment of Muslim women was murdered by a radical Islamist, death threats forced Hirsi Ali into hiding, ultimately leading her to move to a more secure life in the United States working with a political think tank.  Nomad is the story of everything that happened after Hirsi Ali left Holland and moved to America in a brave bid to start an entirely new life. In it she recounts her renewed contact with her family after her father’s death, and her attempts to live her newly adopted principles in the face of continued attempts by Islamists to stifle her free speech. Through vivid anecdotes and observations of people, cultures, and political debacles, she weaves together her recent personal story with the stories of other women and men she encounters. With a deep understanding of the situation of Muslim women in the world today and her singular, unwavering courage, Hirsi Ali offers her always notable, often controversial analysis of Islam from her new vantage in America. Read Less

Goodreads reviews for Nomad: From Islam to America: A Personal Journey Through the Clash of Civilizations