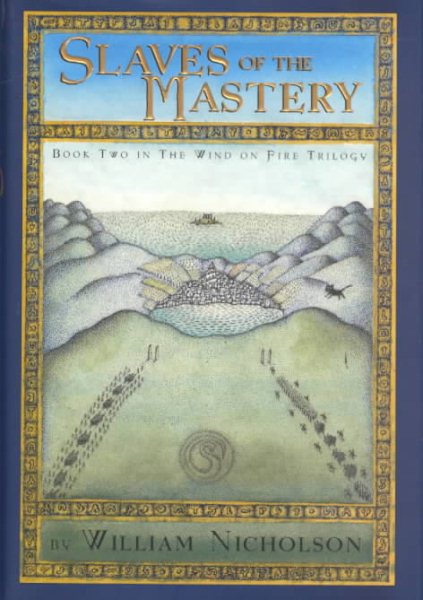 Fifteen-year-old Bowman uses his newly-discovered powers to join with his twin sister Kestrel in an attempt to liberate their people from the "beautiful but cruel" civilization which has enslaved them. Read More
The people of Aramanth are finally free of the Morah, the evil power that controlled them for generations. But a ruthless attack by soldiers from a distant land destroys the city, and its people are driven off as slaves. During the invasion, Kestrel and Bowman are separated for the first time in their lives. Bowman becomes a slave of the Mastery. Kestrel escapes, then sets off to avenge the enslavement of her family. As the twins embark on their parallel adventures, their mother's prophetic dreams reveal their true identity and their dangerous fate. Bowman's mind power and Kestrel's fierce spirit are soon joined once again to fight for the freedom of their people. Read Less

Goodreads reviews for Slaves of the Mastery (The Wind on Fire, Book 2) (Wind On Fire (2))

The Hobbit: Or, There and Back Again

The Dragons Are Singing Tonight