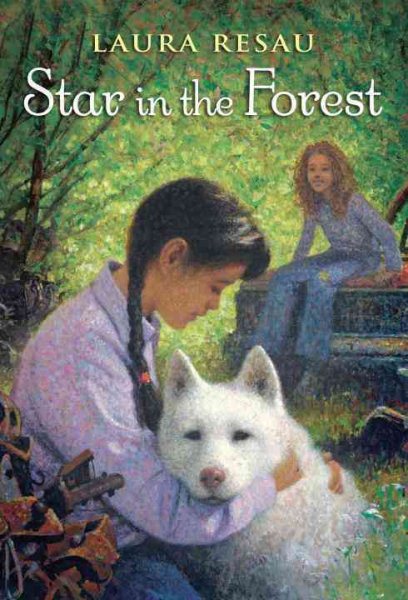 After Zitlally's father is deported to Mexico, she takes refuge in her trailer park's forest of rusted car parts, and finds a stray dog that she nurses back to health and believes she must keep safe so that her father will return. Read More
Zitlally's family is undocumented, and her father has just been arrested for speeding and deported back to Mexico. As her family waits for him to return—they’ve paid a coyote to guide him back across the border—they receive news that he and the coyote’s other charges have been kidnapped and are being held for ransom. Meanwhile, Zitlally and a new friend find a dog in the forest near their trailer park. They name it Star for the star-shaped patch over its eye. As time goes on, Zitlally starts to realize that Star is her father’s “spirit animal,” and that as long as Star is safe, her father will be also. But what will happen to Zitlally’s dad when Star disappears?“A vibrant, large-hearted story.”—Publishers Weekly, Starred (on Red Glass) Read Less

Goodreads reviews for Star in the Forest

What the Moon Saw