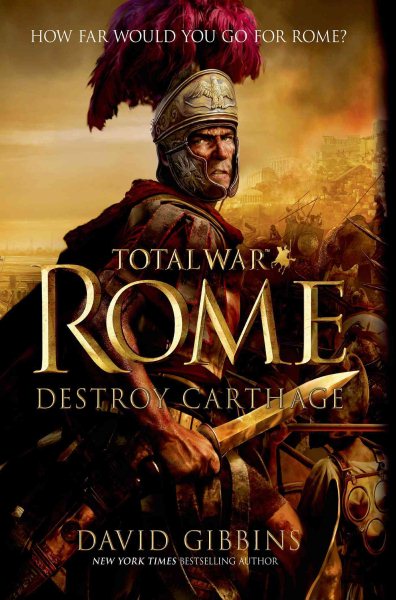 The first entry in a series set in the world of Total War: Rome II follows the rise of a Roman centurion whose battles against the Macedonians earn him admiration and enmity. Read More
"The Total War PC game franchise has sold more than 12 million copies worldwide to date, with seven million downloads of additional game content. Now, New York Times bestselling author David Gibbins collaborates with game developers The Creative Assemblyto create original novels set in the Total War: Rome II world. The first book will follow the rise of Fabius Petronius Secundus, a fictional Roman legionary and centurion whose life closely shadows that of Scipio Africanus the Younger, conqueror of Carthage in 146 BC. It ranges from his first battle against the Macedonians, that seals the fate of Alexander the Great's empire, to the Siege of Carthage. Fabius's success brings him admiration and respect, but also attracts greed and jealousy--the closest allies can become the bitterest of enemies. And then there is Julia, of the Caesar family--a dark beauty in love with both Fabius and his rival Paullus--who causes a vicious feud. Ultimately for Fabius, it will come down to one question: how much is he prepared to sacrifice for his vision of Rome? This original novel will be cross-promoted with the game launch, with strong support from SEGA including Facebook and in-game advertising that will target the huge built-in community of players who are hungry for more story-telling within and around the vast and intricate world of the games"-- Read Less