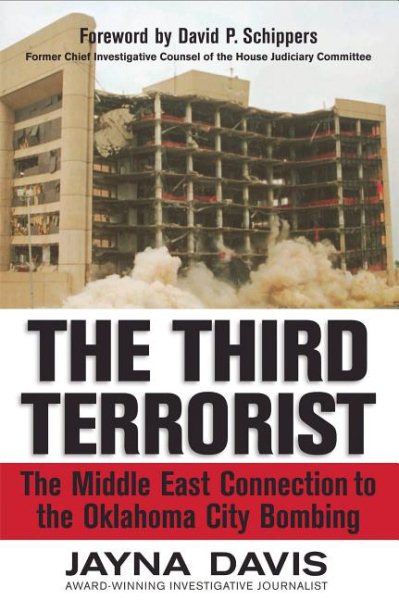 Argues that Timothy McVeigh and Terry Nichols were not the only conspirators behind the Oklahoma City bombing and presents evidence of a Middle East connection involving Islamic terrorists and possible ties to Iraq. Read More
Timothy McVeigh and Terry Nichols were not the lone conspirators in the Oklahoma City bombing-the attack that killed nearly 170 people in a few short seconds. They were part of a greater scheme, one which involved Islamic terrorists and at least one provable link to Iraq. This book, written by the relentless reporter who first broke the story of the Mideast connection, is filled with new revelations about the case and explains in full detail the complete, and so far untold, story behind the failed investigation-why the FBI closed the door, what further evidence exists to prove the Iraqi connection, why it has been ignored, and what makes it more relevant now than ever. Told with a gripping narrative style and rock-solid investigative journalism and vetted by men such as former CIA director James Woolsey, Davis's piercing account is the first book to set the record straight about what really happened April 19, 1995. Read Less

Goodreads reviews for The Third Terrorist: The Middle East Connection to the Oklahoma City Bombing

The Third Terrorist: The Middle East Connection to the Oklah...

Me Talk Pretty One Day