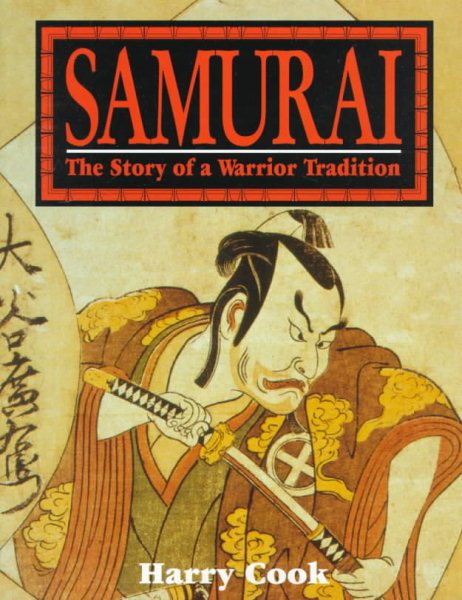 “A very succinct and well-illustrated starting point for those wishing to understand the central theme of the samurai tradition in Japanese culture....Shows the samurai as a multidimensional cultural asset—not only a swordsman but a leader, businessman, etc. This is a refreshing treatment...the class is shown in the context of the times, from the tenth century to today. It is noteworthy that female samurai are given their due...an excellent choice.”—Library Journal. Read More
For centuries, the Samurai dominated Japan. Although they have disappeared, their values--honor, loyalty, and bravery-continue to influence Japanese thought today. Where did these fierce warriors come from? How did they achieve such power? This engrossing history recounts the Samurai's foundation myths, the tales of princes and emperors who set the stage for the feudal system where the Samurai thrived, the battles that changed Japan's landscape and culture, and the emergence of the clans who became the Samurai's employers. Explore the "way of the warrior" in poetry and image: these contemporary documents reveal the Samurai's high regard for the bow and arrow, their codes of behavior and their attitudes toward fear and death. Photographs show rare surviving specimens of elaborate suits of armor, often beautiful weapons, and castles. Pages abound with drawings, paintings, and photos both classical and modern. Plentiful sidebars focus on especially significant and compelling events. Insightful and physically striking, this thrilling account will mesmerize readers everywhere. A complete history of the Samurai, and tales of how they came to dominate Japan for centuries. Sterling 144 pages (all in color), 8 1/2 x 11 3/8. Read Less

Goodreads reviews for Samurai: The Story of a Warrior Tradition

Samurai: The Story of a Warrior Tradition