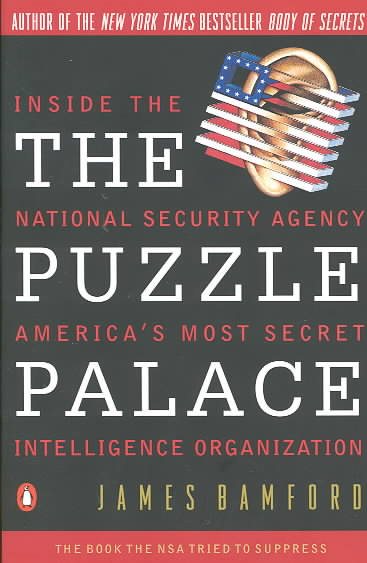 Describes and assesses the activities of the National Security Agency, the nation's most secret government agency--established in secrecy, many times larger than the CIA, and in control of a huge budget and a vast technology Read More
In this remarkable tour de force of investigative reporting, James Bamford exposes the inner workings of America's largest, most secretive, and arguably most intrusive intelligence agency. The NSA has long eluded public scrutiny, but The Puzzle Palace penetrates its vast network of power and unmasks the people who control it, often with shocking disregard for the law. With detailed information on the NSA's secret role in the Korean Airlines disaster, Iran-Contra, the first Gulf War, and other major world events of the 80s and 90s, this is a brilliant account of the use and abuse of technological espionage. Read Less

Goodreads reviews for The Puzzle Palace: Inside the National Security Agency, America's Most Secret Intelligence Organization

Body of Secrets: Anatomy of the Ultra-Secret National Securi...