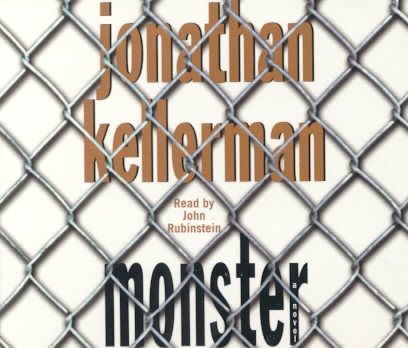 The ramblings of a well-guarded psychotic patient and mass murderer attract the attention of Dr. Alex Delaware and Detective Milo Sturgis when the killer's words seem to predict a string of serial murders outside the prison walls. Read More
Read by John RubinsteinFive CDs / approx. 5 hoursAlex Delaware is back!  With a riveting and devilishly ingenious story about an asylum inmate who seems able to predict grisly slayings in the outside world.How can a nonfunctional psychotic locked up in a supposedly secure institution for homicidal madmen predict brutal murders in the outside world?  The is the enigma that Dr. Alex Delaware and Detective Milo Sturgis must penetrate in order to stop these horrific killings.  First, a marginal actor is found dead in a car trunk, sawn in half.  Months later, a psychologist at Starkweather Hospital for the Criminally Insane is discovered murdered and mutiliated in a tantalizingly similar way.  Dr. Claire Argent has been working caringly with Ardis Peake, a mental patient locked up for decades after he annihilated his mother and the ranching family that rescued him from homelessness.  When reports of Peake's incoherent ramblings began to make frightening sense as predictions of yet more murders, Delaware and Sturgis are drawn into a web of family secrets, vengeance, and manipulation--inside Starkweather and on the streets of L.A., where death, drugs, and sex are marketed as commodities.  The climactic discovery they make as they race to save new victims gives fresh and terrifying meaning to the concept of monstrosity. Read Less

City of the Dead: An Alex Delaware Novel