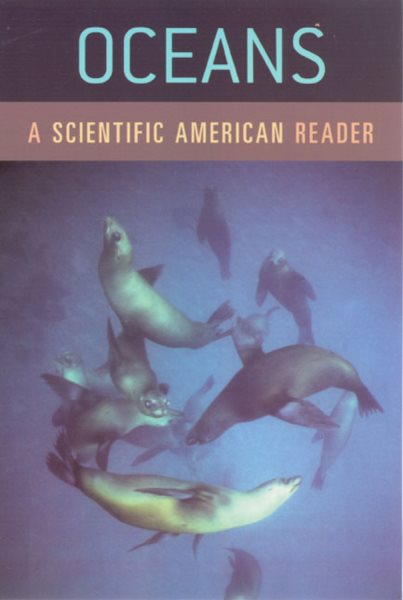 Covering nearly three-quarters of our planet, the world’s oceans are a vast and unique ecosystem fro... Read More
Covering nearly three-quarters of our planet, the world’s oceans are a vast and unique ecosystem from which all life on Earth originated. But each year the marine realm is more susceptible to harm by careless exploitation, and as demands for food, waste disposal, transport, and travel increase, the fate of the world’s oceans hangs in the balance. This timely guide offers the nonscientist an opportunity to appreciate the importance of this expansive—and fragile—frontier.With selections chosen for their value in identifying the multiple uses of oceans, their resources, and the hurdles they face as the world’s population continues to expand and consume their resources at a staggering rate, Oceans collects more than thirty thematically arranged articles from the past decade, including recent pieces written in the wake of the 2004 tsunami. The bookfeatures articles that investigate the origins of the world’s oceans, the diversity of life in the water, the state of global fisheries, the dangers of natural disasters, and the perils oceans face, whether induced by nature or by humans.With breadth of topics as wide as the ocean is deep, this Scientific American reader will engage general readers interested in the evolution, ecology, and conservation of the oceanic ecosystem and can be used in courses on introductory oceanography, environmental science, and marine biology. Read Less

Stringer: A Reporter's Journey in the Congo

When I Was Elena