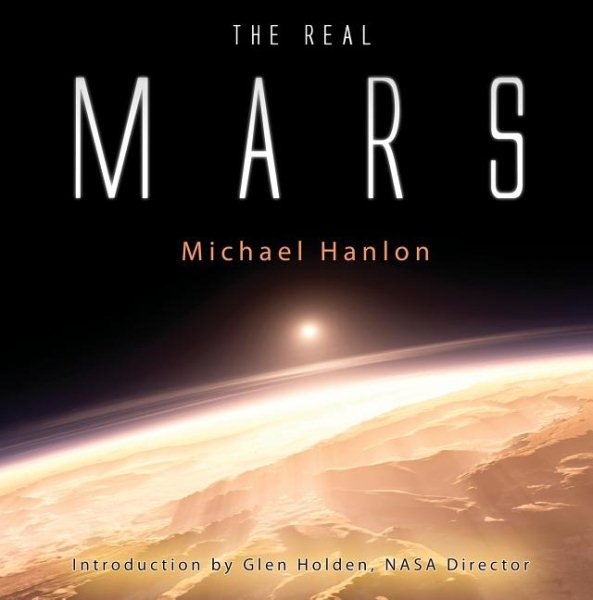 Text and more than 130 photographs provide a study of the solar system's fourth planet, looking at recent discoveries concerning the Red Planet, as well as historical and fictional views of Mars. Read More
In January 2004 two NASA spacecraft, making an interplanetary trek to Mars, landed separately on the rocky surface of the red planet. By the end of the month the work of the twin robot geologists, the exploration rovers known as Spirit and Opportunity, had begun. The photos and evidence were exciting; and it seemed there might even be life on the fourth rock from the sun. Illustrated in color, with more than 100 spectacular orbital and surface images from recent probes as well as from NASA spacecraft, the Hubble space telescope, and Earth-based observatories, Michael Hanlon’s The Real Mars relates the history of a planet that has piqued human curiosity and study for centuries. Hanlon also visits Mars as it has been imagined in movies and science fiction, illustrating this with film stills, movie posters, book covers, and more. The object of Hanlon’s quest is, however, a third or real Mars. He contends that many scientists are currently creating a planet that may be no more real than a movie Mars with often confusing evidence of Earthlike possibilities. This book shows us that, although the journey has been long, we actually still stand at the beginning of a transformative voyage. Read Less

Goodreads reviews for The Real Mars

Ten Questions Science Can't Answer (Yet!): A Guide to Scienc...

The Science of the Hitchhiker's Guide to the Galaxy (MacSci)

Catalogue of a Collection of Paintings and Some Art Objects:...