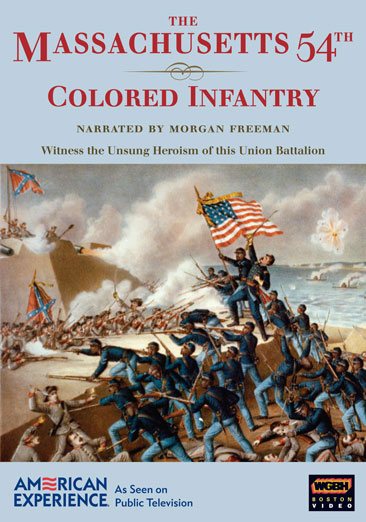 Chronicles the history of the Boston-based Massachusetts 54th Colored Infantry, comprised of African American soldiers, which fought during the Civil War Read More
Weeks after Lincoln signed the Emancipation Proclamation, the governor of Massachusetts was authorized to raise the first northern black regiment, referred to at the time as the Massachusetts 54th colored infantry. Almost 100 men from Massachusetts' small black population joined the regiment while the rest of the 1,000 men were recruited from nearby states. American Experience follows the adventures of the 54th as well as those of individual members, including Lewis and Charles Douglass, sons of abolitionist Frederick Douglass; Luis Emilio, who chronicled the regiment's movements; and James Gooding, whose letters were published as a column in his hometown newspaper. WGBH Boston Video Read Less