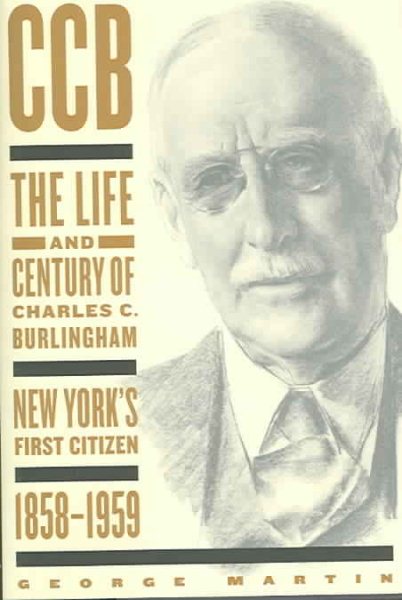 The author chronicles the life of the lawyer and social reformer who changed the nation's civic life from behind the scenes, supporting mayor Fiorello La Guardia's reform ticket. Read More
The exemplary life of an extraordinary politician and reformer.Though he held no elected or appointed office, the New York City lawyer Charles C. Burlingham had great influence with those who did, and used it in unusual ways. George Martin's surprising biography shows how one citizen, working quietly behind the scenes, became a power broker who transformed his country's civic life.Growing up after the Civil War, CCB--as everyone called him--was enthralled by America's dynamism of his city but shocked by the social costs of modernization, and he deplored the endemic corruption of city politics; eventually he let his law practice take a backseat to civil reform work. His second career in "meddling," as he called it, helped to put great judges on the bench (among them Benjamin Cardozo) and climaxed when he arranged the Fusion reform ticket on which Fiorello La Guardia swept to victory in 1933. Nor does Martin neglect Burlingham's private life--his eccentric wife, tragically afflicted son, and daughter-in-law Dorothy Tiffany Burlingham, who took CCB's grandchildren off to Vienna to be analyzed, as she was, by Sigmund and Anna Freud.This adroit, engaging account of a high-spirited, good-hearted, talented man, chronicling his witty, effective commitment to social betterment, vividly documents a century of change in the ways Americans lived, their cities were governed, and their nation fought wars. Read Less

The battle of the frogs and the mice;: An Homeric fable

The companion to twentieth-century opera