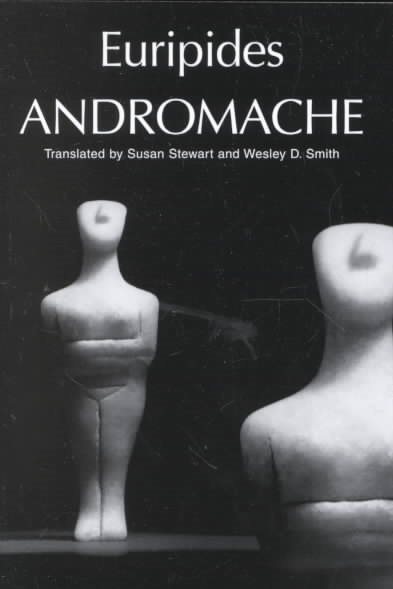 Based on the conviction that only translators who write poetry themselves can properly re-create the... Read More
Based on the conviction that only translators who write poetry themselves can properly re-create the celebrated and timeless tragedies of Aeschylus, Sophocles, and Euripides, the Greek Tragedy in New Translations series offers new translations that go beyond the literal meaning of the Greek in order to evoke the poetry of the originals. Under the general editorship of Peter Burian and Alan Shapiro, each volume includes a critical introduction, commentary on the text, full stage directions, and a glossary of the mythical and geographical references in the play. In Andromache, Euripides challenges our concept of tragic character as he transforms our expectations of tragic structure. Through its subtly varied metrics, the play develops an increasingly complex plot and concludes with a simultaneous realization of realism and supernaturalism. The play takes place in the aftermath of the Trojan War. Andromache has become a concubine to Achilles' son, Neoptolemus, bearing him a child, Molossus. The captive Andromache is haunted by memories of her former life and by her love for Hector and their son Astyanax, both slain by the Greeks who are now her masters. As the play opens, Andromache and Molossus are threatened with death by Neoptolemus' young wife, Hermione, who has been unable to conceive a child and is fiercely jealous. The struggle between the two women is mirrored in the conflict between Peleus, who arrives to defend Andromache, and Menelaus, who arrives to help his daughter Hermione complete her bid for power. Read Less

The Amulet of Samarkand (The Bartimaeus Trilogy, Book 1)

Ending Your Day Right: Devotions for Every Evening of the Ye...