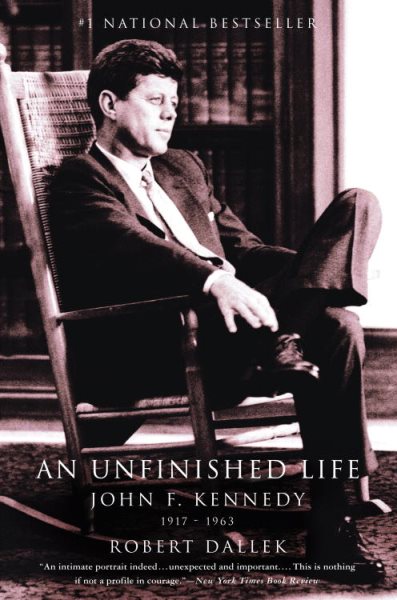 Chronicles John F. Kennedy's childhood, wartime actions, political campaigns, presidency, marriage and personal life, and health, revealing insights into his life from new documents, archives, and firsthand sources. Read More
The #1 bestseller that forever changed how we thought about JFK, published with a new epilogue in time for the 50th anniversary of Kennedy's assassination.When it was originally published in 2003, AN UNFINISHED LIFE brought to light new revelations about JFK's health, his love affairs, his brothers and father, and the path JFK would have taken in the Vietnam entanglement if he had survived. A blockbuster bestseller, the book was embraced by critics and readers as a landmark assessment of our 35th president. Now, in time for what promises to be remarkable media attention on Kennedy's death and legacy, AN UNFINISHED LIFE returns with a new, strikingly incisive examination by Robert Dallek in which he further assesses JFK's impact and hold on American culture. Read Less