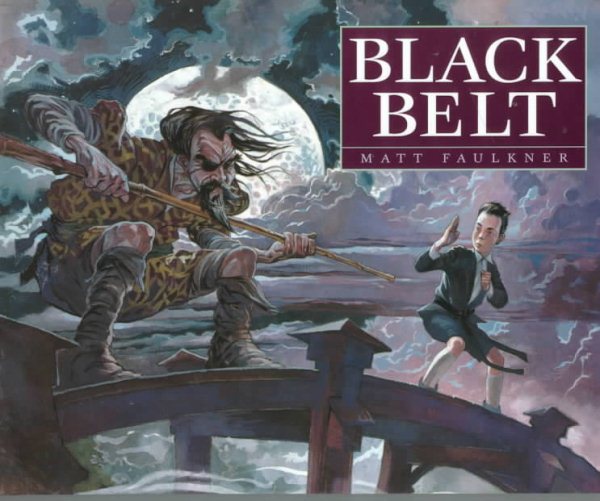 After hiding in a karate school to escape a bully, Bushi wakes up in another time and learns from a karate master that intelligence can be more powerful than mere strength. Read More
Bushi is menaced by the bullies who call themselves Bullfrogs. One day, when he's running away from them, he hides in a dojo (karate school), where he sees a belt that once belonged to a karate master hanging on the wall. When he tries on the belt, he trips on it, falls, and hits his head. Upon awakening, he discovers he's been transported back in time and he's in a long-ago dojo where everyone seems to know him! There he hears about a dangerous bandit hiding in the hills and is grateful for the company of the two best students on his walk home. But when the bandit ambushes the two, Bushi learns firsthand that in karate, the winner is not necessarily the strongest fighter but may be the smartest fighter. It's a lesson he eventually takes back home and puts into practice when the Bullfrogs come after him one last time. Read Less

Jack and the Beanstalk

The Pirate Meets the Queen