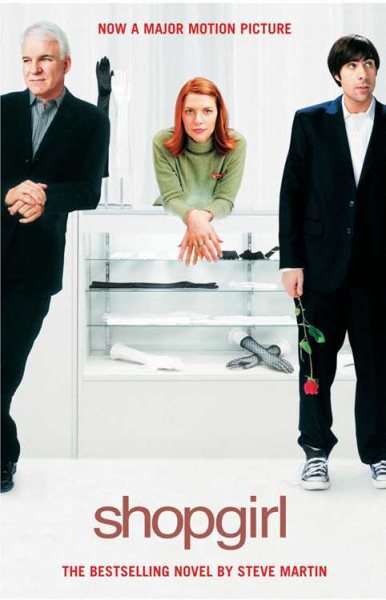 Working as a salesgirl at the Beverly Hills Neiman Marcus, Mirabelle, a beautiful aspiring artist, embarks on a love affair with Ray Porter, a wealthy, lonely businessman she meets at the store. Read More
Steve Martin's New York Times bestseller Shopgirl is now a major motion picture, in theaters October 05, starring Steve Martin and Claire Danes. Mirabelle is the "shopgirl" of the title, a young woman, beautiful in a wallflowerish kind of way, who works behind the glove counter at Neiman Marcus "selling things that nobody buys anymore . . ." Mirabelle captures the attention of Ray Porter, a wealthy businessman almost twice her age. As they tentatively embark on a relationship, they both struggle to decipher the language of love--with consequences that are both comic and heartbreaking. Filled with the kind of witty, discerning observations that have brought Steve Martin critical success, Shopgirl is a work of disarming tenderness. Read Less

Goodreads reviews for Shopgirl: A Novella