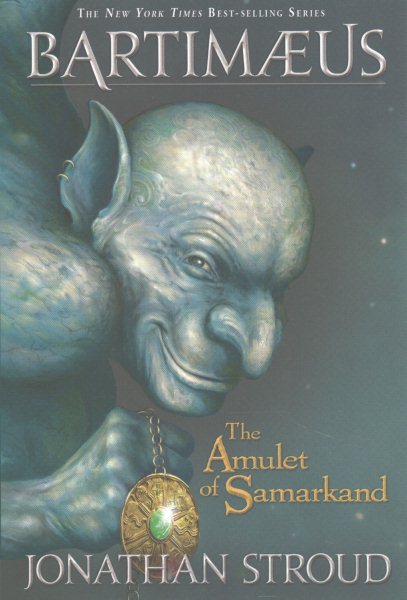 Nathaniel, a magician's apprentice, summons up the djinni Bartimaeus and instructs him to steal the Amulet of Samarkand from the powerful magician Simon Lovelace. Read More
Nathaniel is a magician's apprentice, taking his first lessons in the arts of magic. But when a devious hot-shot wizard named Simon Lovelace ruthlessly humiliates Nathaniel in front of his elders, Nathaniel decides to kick up his education a few notches and show Lovelace who's boss. With revenge on his mind, he summons the powerful djinni, Bartimaeus. But summoning Bartimaeus and controlling him are two different things entirely, and when Nathaniel sends the djinni out to steal Lovelace's greatest treasure, the Amulet of Samarkand, he finds himself caught up in a whirlwind of magical espionage, murder, and rebellion. Read Less

Goodreads reviews for The Amulet of Samarkand (The Bartimaeus Trilogy, Book 1)

Heroes of the Valley

The Ring of Solomon (A Bartimaeus Novel (4))