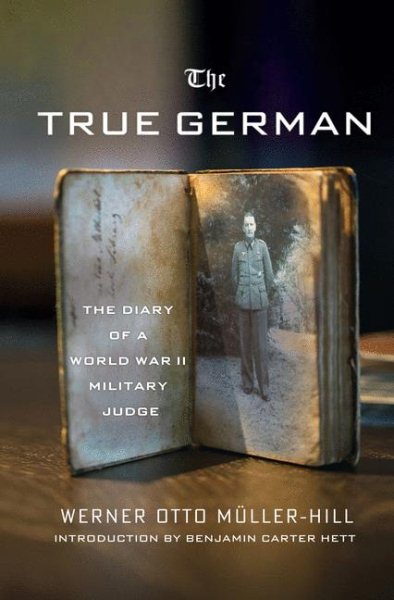 A recently discovered diary held by a German military judge from 1944 to 1945 that sheds new light on anti-Hitler sentiments inside the German army Read More
Werner Otto Müller-Hill served as a military judge in the Werhmacht during World War II. From March 1944 to the summer of 1945, he kept a diary, recording his impressions of what transpired around him as Germany hurtled into destruction—what he thought about the fate of the Jewish people, the danger from the Bolshevik East once an Allied victory was imminent, his longing for his home and family and, throughout it, a relentless disdain and hatred for the man who dragged his beloved Germany into this cataclysm, Adolf Hitler and the Nazi party. Müller-Hill calls himself a German nationalist, the true Prussian idealist who was there before Hitler and would be there after. Published in Germany and France, Müller-Hill's diary has been hailed as a unique document, praised for its singular candor and uncommon insight into what the German army was like on the inside. It is an extraordinary testament to a part of Germany's people that historians are only now starting to acknowledge and fills a gap in our knowledge of WWII. Read Less

Goodreads reviews for The True German: The Diary of a World War II Military Judge

Get What's Yours - Revised & Updated: The Secrets to Maxing...