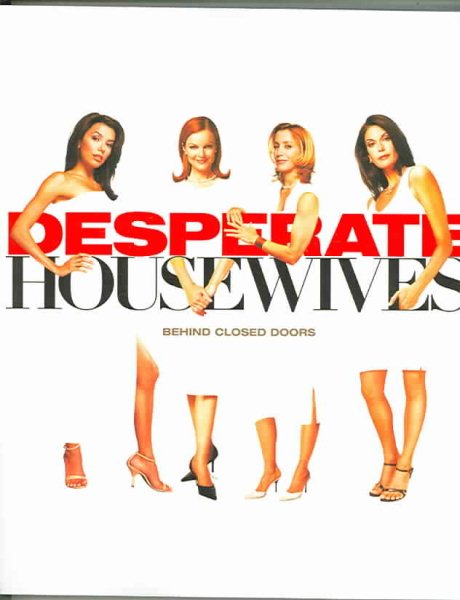 A guide to the television series offers a behind-the-scenes look at suburban life on Wisteria Lane, furnishing in-depth profiles of the colorful characters and the actors who play them, on-the-set anecdotes, trivia, and plot summaries. Read More
Desperate Housewives is a prime-time soap with a truly contemporary take on "happily every after," turning a darkly comedic eye on suburbia, where the secret lives of housewives aren't always what they seem. This first official Desperate Housewives fan guide gives viewers an irresistible glimpse into the world of Wisteria Lane. With profiles and interviews of the cast and creative team, never-before-told anecdotes and set details, glamorous photographs of the housewives (both in and out of character), as well as fascinating details from the writers and producers on what it takes to make the show-including a foreword written by the show's creator and executive producer Marc Cherry, on his initial inspiration in creating the show. Recipes from each housewife appear throughout. Read Less

Dress Your Family in Corduroy and Denim

By Davison, Michael Worth