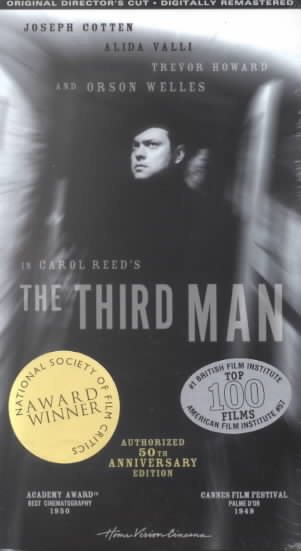 An American western-adventure writer goes to post-World War II Vienna to find his friend Harry Lime, king-pin of the Austrian black market, only to find he has been murdered. Read More
Harry Lime lives in Carol Reed's classic suspense thriller based on Graham Greene's novel. Joseph Cotten stars as a pulp novelist in post-war Vienna searching for clues in the mysterious death of his friend. Orson Welles makes one of the great screen entrances in movie history as the morally bankrupt black marketeer. Ranked as one of the ten greatest movies of all time, this Home Vision edition is the original uncut "British" version (with the opening narration by director Carol Reed). Read Less