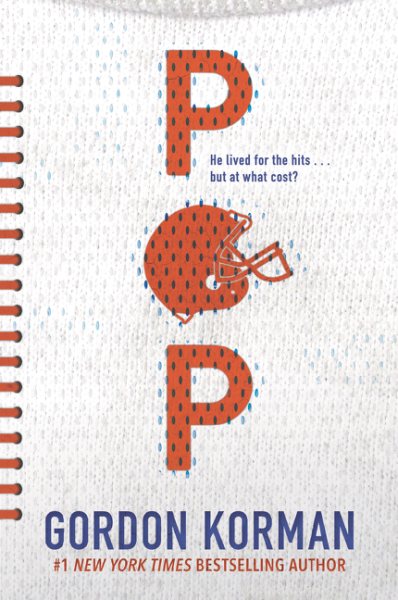 Lonely after a midsummer move to a new town, sixteen-year-old high-school quarterback Marcus Jordan becomes friends with a retired professional linebacker who is great at training him, but whose childish behavior keeps Marcus in hot water. Read More
Pop delivers suspense, humor, sports action, and a compelling look at the damage those "pop"s in football can causeGordon Korman's books appeal to a wide range of kids and adults and can pull in even reluctant readers. Share Pop in your home or classroom; sports fans in particular won't be able to put it down.When Marcus moves to a new town in the dead of summer, he doesn't know a soul. While practicing football for impending tryouts, he strikes up a friendship with a man named Charlie, the best football player Marcus has ever seen. He can't believe his good luck when he finds out that Charlie is Charlie Popovich, or "the King of Pop," as he'd been nicknamed during his career as an NFL linebacker.Charlie turns out to be a prankster, and his actions get Marcus in trouble. He's also the father of the quarterback at Marcus's new school—who leads the team in icing out the new kid.The story of a good kid's struggle to land on his feet in a new town after his parents split up combines with compelling sports action and even some romance in Gordon Korman's Pop. Read Less