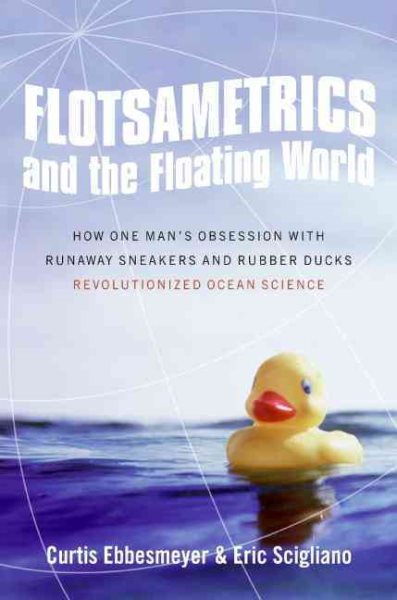 Assesses the role of flotsam in world history, and describes how a volunteer team's efforts to track the ocean's currents revealed surprising discoveries about such subjects as the discovery of America, Japanese trade, the origins of life, and climate change. Read More
“Ebbesmeyer’s goal is noble and fresh: to show how the flow of ocean debris around the world reveals ‘the music’ of the world’s oceans.”—New York Times Book Review Through the fascinating stories of flotsam, one of the Earth’s greatest secrets is revealed. In Flotsametrics and the Floating World, maverick scientist Curtis Ebbesmeyer details how his obsession with floating garbage—from rubber ducks to discarded Nike sneakers—helped to revolutionize ocean science. Scientist and environmentalist David Suzuki, host of CBC TV’s “The Nature of Things,” calls Flotsametrics and the Floating World  “Science and storytelling at its very best.” “A very enjoyable, if at times dark, book” (Nature), it is must reading for anyone interested in Oceanography, Environmental Science, and the way our world works. Read Less

Goodreads reviews for Flotsametrics and the Floating World: How One Man's Obsession with Runaway Sneakers and Rubber Ducks Revolutionized Ocean Science

Historical Archaeology: Journal of the Society for Historica...