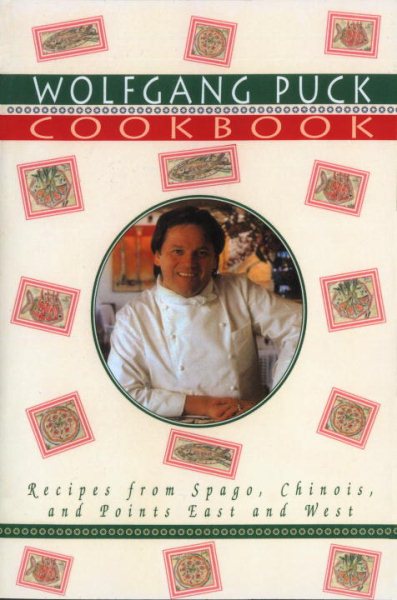 Provides more than two hundred recipes that combine French, Italian, and Oriental techniques and flavors, and offers such dishes as Stir-Fried Scallop Salad and Pizza with Smoked Salmon. Reprint. 20,000 first printing. Read More
Wolfgang Puck is one of the world’s leading cooks and restauranteurs. The Wolfgang Puck Cookbook takes its inspiration from his famous Los Angeles restaurants Spago and Chinois on Main. Puck delights in blending the East with the West, creating innovative dishes inspired by the cuisines of France, Italy, and the Orient. Issued for the first time in paperback, the Wolfgang Puck Cookbook details over two hundred of the triumphant and wholly original creations that have earned Puck the acclaim of his fellow chefs:Praise for Wolfgang Puck Cookbook “It is a modern classic.”—Craig Claiborne   “The recipes in this book reveal the confident and exuberant palate of Wolfgang Puck. It is a rare person who is classically trained, yet free-spirited enough to successfully integrate a whole new world of delicious and inspired tastes.”—Alice Waters   “If I could have only one cookbook, this is the one I would want.”—Maida Heatter Read Less

Wolfgang Puck Makes It Easy: Delicious Recipes for Your Home...