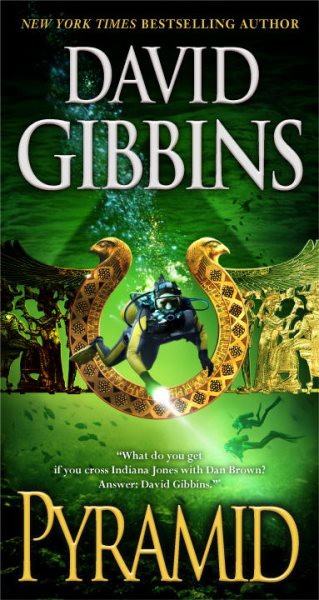 As Cairo erupts in political violence, Jake Howard and his team of marine archaeologists gather together to solve a mystery involving a fossilized discovery in the Red Sea and a hundred-year-old account that could change history. Read More
Perfect for fans of Clive Cussler and Dan Brown, Pyramid is a thrilling new adventure starring fearless marine archaeologist Jack Howard, in a heart-stopping quest to uncover an ancient Egyptian secret—and make the most amazing discovery of our time.   EVERYONE KNEW THE STORY OF ANCIENT EGYPT. UNTIL NOW.   For thousands of years, Egypt was a rich, ingenious civilization. Then it became a fertile hunting ground for archaeologists and explorers. Now the streets of Cairo teem with violence as a political awakening shakes the region. In the face of overwhelming danger, Jack Howard and his team of marine archaeologists have gathered pieces of a fantastic puzzle. But putting it together may cost them their lives.   Howard has connected a mystery hidden inside a great pyramid to a fossilized discovery in the Red Sea and a 110-year-old handwritten report of a man who claims to have escaped a labyrinth beneath Cairo. For that his team is stalked by a brutal extremist organization that will destroy any treasure they find.   As people fight and die for their rights aboveground, Jack fights for a discovery that will shed an astounding new light on the greatest story ever told: Moses’s exodus from Egypt and the true beginnings of a new chapter in human history.   Praise for the novels of David Gibbins   “What do you get if you cross Indiana Jones with Dan Brown? Answer: David Gibbins.”—Daily Mirror (U.K.), on Atlantis   “An exciting mix of fact and fiction, with shades of Clive Cussler and Indiana Jones.”—York Evening Press, on Crusader Gold Read Less