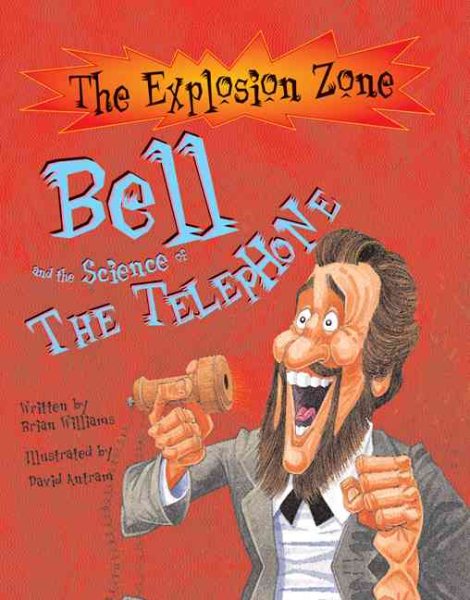 Presents the life of Alexander Graham Bell, focusing on why and how he created the telephone, along with information on how sound travels and related experiments. Read More
Alexander Graham Bell was born in Scotland but spent most of his life in Canada and the United States, where he invented several devices for the transmission of sound. In 1876, after much experimentation, he developed what is generally considered to be the first practical telephone. Here is the story of the scientific ideas he mastered as he succeeded in making his working telephone. The Explosion Zone books combine vivid color illustrations and lively text to tell the stories of important scientists and inventors. Narratives are supplemented with easy-to-understand explanations of the scientific principles that underlie each phase of the invention or discovery being discussed. Imaginatively illustrated two-page spreads include sidebars called Here's the Science, explaining the principles of physics or chemistry that relate to the story. A glossary at the back of each book presents short definitions of scientific and technological terms. Read Less

Book of Facts and Records

People and Places (Tell Me About)