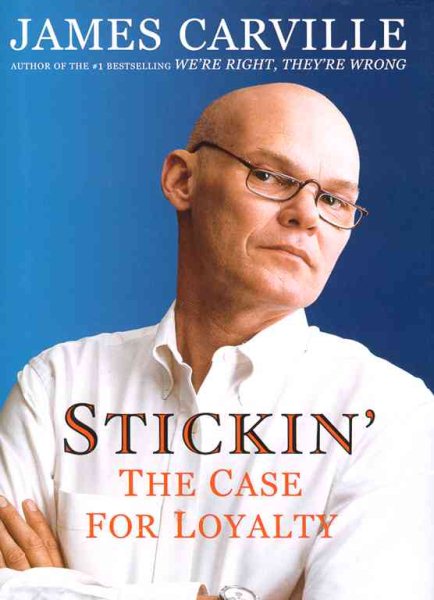 The former political advisor to President Clinton examines loyalty as a fundamental principle, its use and abuse in Washington political circles, and how the idea of loyalty has become tarnished during the course of the twentieth century Read More
It's been said that if you want a friend in Washington, you should buy a dog. Unfortunately, there's some truth to that: there are few places in the world where the turncoats and careerists are so highly rewarded and where loyalty is equated with stupidity. Luckily, another bit of wisdom about the Beltway is also true: the people in Washington aren't like the ones in the rest of the country. The American people treasure loyalty. They stick by a friend when he needs them. They forgive him when he's wrong. They understand the difference between politics and friendship. They are true to their ideals and their schools, loyal to their families and their God. In Stickin', the always colorful and insightful political strategist James Carville, who has been accused of being loyal, examines this much-maligned and misunderstood political good. Along the way, he looks at loyalty in the family and among friends, in theory and in practice. He praises some loyal people and skewers some deserving backstabbers. And, of course, it wouldn't be a Carville book if he didn't provide recipes for some good home cooking. Read Less

Goodreads reviews for Stickin': The Case for Loyalty