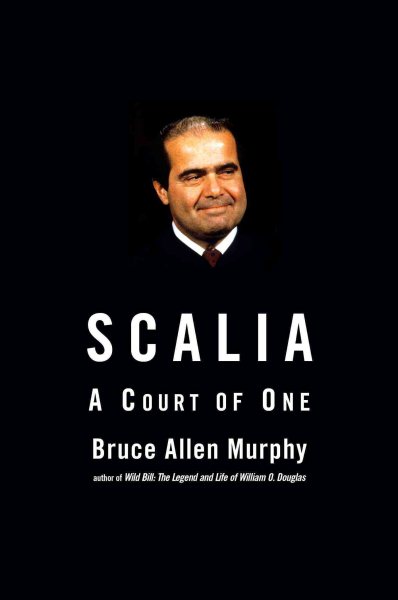 A deeply researched portrait of the controversial Supreme Court justice covers his career achievements, his appointment in 1986, and his resolve to support agendas from an ethical, rather than political, perspective. Read More
An authoritative, deeply researched biography of the most controversial and outspoken Supreme Court justice of our time and how he chose to be “right” rather than influential.Antonin Scalia knew only success in the first fifty years of his life. His sterling academic and legal credentials led to his nomination by President Ronald Reagan to the Court of Appeals for the DC Circuit in 1982. In four short years there, he successfully outmaneuvered the more senior Robert Bork to be appointed to the Supreme Court in 1986. Scalia’s evident legal brilliance and personal magnetism led everyone to predict he would unite a new conservative majority under Chief Justice William Rehnquist and change American law in the process. Instead he became a Court of One. Rather than bringing the conservatives together, Scalia drove them apart. He attacked and alienated his more moderate colleagues Sandra Day O’Connor, then David Souter, and finally Anthony Kennedy. Scalia prevented the conservative majority from coalescing for nearly two decades. Scalia: A Court of One is the compelling story of one of the most polarizing figures ever to serve on the nation’s highest court. It provides an insightful analysis of Scalia’s role on a Court that, like him, has moved well to the political right, losing public support and ignoring public criticism. To the delight of his substantial conservative following, Scalia’s “originalism” theory has become the litmus test for analyzing, if not always deciding, cases. But Bruce Allen Murphy shows that Scalia’s judicial conservatism is informed as much by his highly traditional Catholicism, mixed with his political partisanship, as by his reading of the Constitution. Murphy also brilliantly analyzes Scalia’s role in major court decisions since the mid-1980s and scrutinizes the ethical controversies that have dogged Scalia in recent years. A Court of One is a fascinating examination of one outspoken justice’s decision not to play internal Court politics, leaving him frequently in dissent, but instead to play for history, seeking to etch his originalism philosophy into American law. Read Less

Goodreads reviews for Scalia: A Court of One