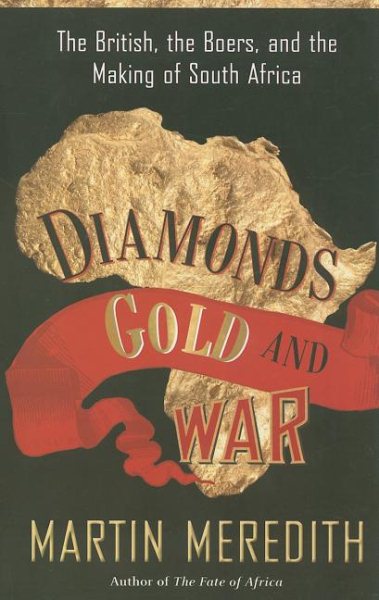 Furnishes a vivid history of the tumultuous period leading up to the 1910 founding of the modern state of South Africa, exploring how the discovery of vast diamond and gold deposits led to a fierce struggle between the British and the Boers for control of the region, as well as the repercussions of the conflict in terms of both sides, as well as for Africa's native peoples. Read More
<div>Southern Africa was once regarded as a worthless jumble of British colonies, Boer republics, and African chiefdoms, a troublesome region of little interest to the outside world. But then prospectors chanced upon the world’s richest deposits of diamonds and gold, setting off a titanic struggle between the British and the Boers for control of the land. The result was the costliest, bloodiest, and most humiliating war that Britain had waged in nearly a century, and the devastation of the Boer republics. <i>The New Yorker</i> calls this magisterial account of those years “[an] astute history.… Meredith expertly shows how the exigencies of the diamond (and then gold) rush laid the foundation for apartheid.”</div> Read Less

Goodreads reviews for Diamonds, Gold, and War: The British, the Boers, and the Making of South Africa

The Fate of Africa: From the Hopes of Freedom to the Heart o...

The Fate of Africa: A History of the Continent Since Indepen...

The Fate of Africa: A History of Fifty Years of Independence