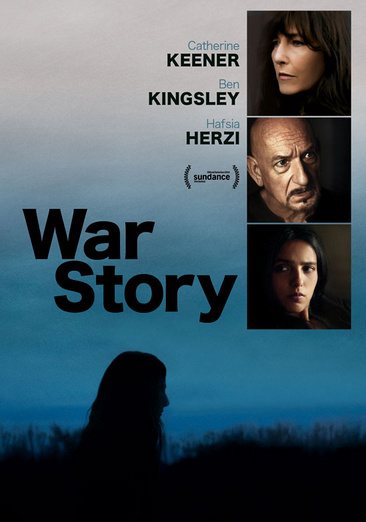 After a photojournalist is taken hostage and then released, she goes to Italy to recover and discovers that she can find solace in helping a Tunisian immigrant escape to France. Read More
"Photojournalist Lee (Catherine Keener, Captain Phillips) has spent most of her life documenting the catastrophes of war in the world’s most treacherous conflict zones. After she’s taken hostage and brutalized in Libya, she suddenly finds herself faced with the horror of experiencing what she’s so often only seen through a camera lens. But instead of returning home to recover, she detours to Sicily instead, where she meets back up with her former lover and mentor Albert (Sir Ben Kingsley). While trying to weather her physical and mental wounds, Lee comes across a young Tunisian migrant needing safe passage to France, and finds the opportunity to both help the desperate girl and conquer her own formidable demons in the process. A gripping, ripped-from-the-headlines thriller, WAR STORY exposes the sometimes hidden collateral damage of war and features a tour-de-force performance from Keener. Official Selection – Sundance Film Festival." Read Less