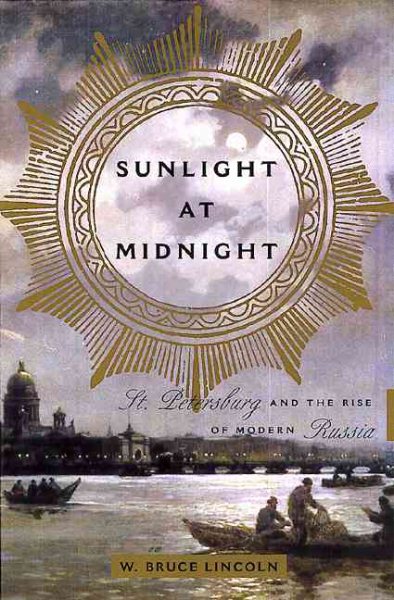 A "biography" of St. Petersburg that is every bit as opulent, lavish, and monumental as Russia's imperial city itself Read More
For Russians, St. Petersburg has embodied power, heroism, and fortitude. It has encompassed all the things that the Russians are and that they hope to become. Opulence and artistic brilliance blended with images of suffering on a monumental scale make up the historic persona of the late W. Bruce Lincoln's lavish "biography" of this mysterious, complex city. Climate and comfort were not what Tsar Peter the Great had in mind when, in the spring of 1703, he decided to build a new capital in the muddy marshes of the Neva River delta. Located 500 miles below the Arctic Circle, this area, with its foul weather, bad water, and sodden soil, was so unattractive that only a handful of Finnish fisherman had ever settled there. Bathed in sunlight at midnight in the summer, it brooded in darkness at noon in the winter, and its canals froze solid at least five months out of every year. Yet to the Tsar, the place he named Sankt Pieter Burkh had the makings of a "paradise." His vision was soon borne out: though St. Petersburg was closer to London, Paris, and Vienna than to Russia's far-off eastern lands, it quickly became the political, cultural, and economic center of an empire that stretched across more than a dozen time zones and over three continents. In this book, revolutionaries and laborers brush shoulders with tsars, and builders, soldiers, and statesmen share pride of place with poets. For only the entire historical experience of this magnificent and mysterious city can reveal the wealth of human and natural forces that shaped the modern history of it and the nation it represents. Read Less

Goodreads reviews for Sunlight At Midnight St. Petersburg And The Rise Of Modern Russia

The Conquest of a Continent: Siberia and the Russians

The Romanovs: Autocrats of All the Russias

In war's dark shadow: The Russians before the Great War