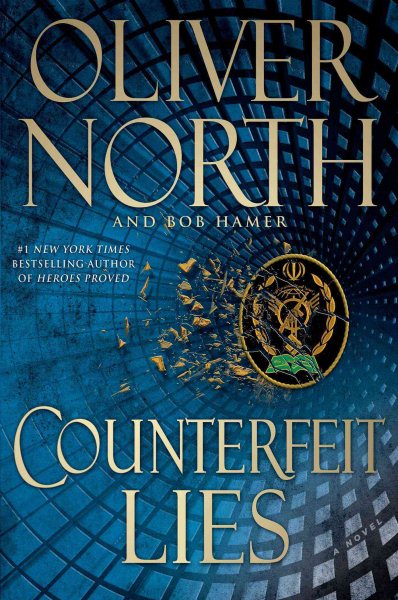 Hired to commit a high-profile mob assassination, veteran undercover FBI agent Jake Kruse is plunged into an underworld of espionage and terrorism involving a plot to crash a commercial airliner over the United States. Read More
The explosive new thriller from Oliver North, who stormed bestseller lists nationwide with his disarmingly authentic military novel Heroes Proved, is a gripping, non-stop tale that could only be written by someone who has "been there, done that."Veteran undercover FBI agent Jake Kruse is investigating a smuggling ring in southern California when his assignment is cut short. A prominent criminal defense attorney wants to hire Jake on another kind of mission: to kill the daughter of a local crime boss.What began as a "contract killing" soon captures the attention of the CIA, the U.S. Secret Service, and high-level officials in Washington. The undercover agent is plunged into a deadly underworld of North Korean espionage, Hezbollah terror and the sinister deception Iran uses to acquire nuclear weapons. Caught in a web of international intrigue that goes to the top of the U.S. government, Kruse is forced to confront the ultimate moral quandary: doing what’s right when everything seems wrong.His New York Times bestseller Heroes Proved was praised by Sean Hannity as "a heart-thumping ‘must-read’ for every American" and as "inspiring truth in the form of a novel" by U.S. Army Lieutenant General William "Jerry" Boykin, a founding member of Delta Force.Now, national security expert and decorated war hero Oliver North and former U.S. Marine and FBI undercover agent Bob Hamer bring their real-life experience to this pulse-pounding tale of international intrigue and down-to-the-wire suspense. They say it’s fiction. But it’s all too real. Read Less