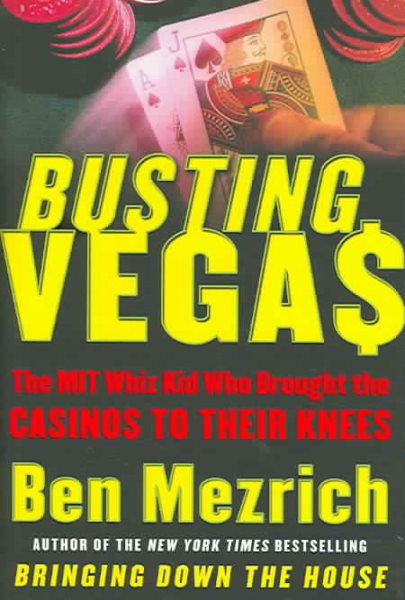 The true account of an MIT prodigy who mastered a legal gambling process that enabled him to win large stakes in Las Vegas describes the wild rumors that surrounded his casino visits and the violent backlash that nearly cost him his life. Read More
He played in casinos around the world with a plan to make himself richer than anyone could possibly imagine -- but it would nearly cost him his life.Semyon Dukach was known as the Darling of Las Vegas. A legend at age twenty-one, this cocky hotshot was the biggest high roller to appear in Sin City in decades, a mathematical genius with a system the casinos had never seen before and couldn't stop -- a system that has never been revealed until now; that has nothing to do with card counting, wasn't illegal, and was more powerful than anything that had been tried before.Las Vegas. Atlantic City. Aruba. Barcelona. London. And the jewel of the gambling crown -- Monte Carlo.Dukach and his fellow MIT students hit them all and made millions. They came in hard, with stacks of cash; big, seemingly insane bets; women hanging on their arms; and fake identities. Although they were taking classes and studying for exams during the week, over the weekends they stormed the blackjack tables only to be harassed, banned from casinos, threatened at gunpoint, and beaten in Vegas's notorious back rooms.The stakes were high, the dangers very real, but the players were up to the challenges, consequences be damned. There was Semyon Dukach himself, bored with school and broke; Victor Cassius, the slick, brilliant MIT grad student who galvanized the team; Owen Keller, with stunning ability but a dark past that would catch up to him; and Allie Simpson, bright, clever, and a feast for the eyes.In the classroom, they were geeks. On the casino floor, they were unstoppable.Busting Vega$ is Dukach's unbelievably true story; a riveting account of monumental greed, excess, hubris, sex, love, violence, fear, and statistics that is high-stakes entertainment at its best. Read Less

Goodreads reviews for Busting Vegas: The MIT Whiz Kid Who Brought the Casinos to Their Knees

Bringing Down the House: The Inside Story of Six Mit Student...

Bringing Down the House: The Inside Story of Six M.I.T. Stud...