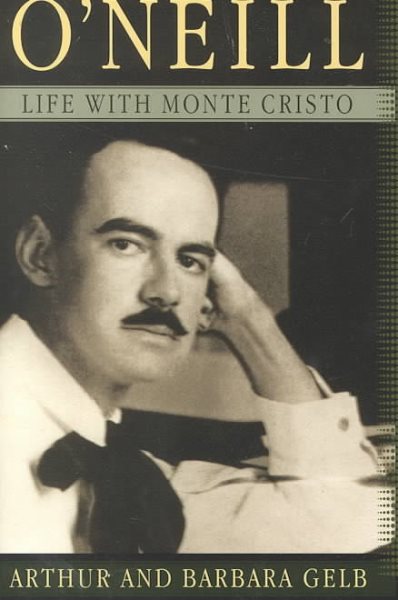 An updated biography incorporating new primary sources offers a fresh view of the Nobel Prize-winning playwright's inspirations, relationships, and idealism. Read More
"Brilliantly researched and written...The story is as powerful as any O'Neill play...."--Los Angeles TimesNever before in the annals of American letters have biographers returned to their subject with the aim of radically rethinking and retelling their story form beginning to end.Arthur and Barbara Gelb's O'Neill: Life with Monte Cristo is the first volume of the completely rewritten biography of America's only Nobel Prize-winning playwright. The Gelbs originally published the first full-scale life of the dramatist in 1962, nine years after his death. In the intervening thirty-eight years, they have conducted extensive interviews and have unearthed masses of hitherto unknown or withheld material-letters, diaries, scenarios-from which they have fashioned this supremely definitive life of O'Neill.The Gelbs take O'Neill from his lonely childhood through his seafaring, adventure-filled and often self-destructive youth. This new research and perspective probes O'Neill's psychological torment over his mother's rejection and his father's benevolent tyranny, his suicide attempt, his struggle with alcoholism, and his tumultuous love affairs. This first volume follows O'Neill to his first triumph on Broadway withBeyond the Horizon that set him on the path toward the ultimate brilliant achievements ofThe Iceman Cometh, A Moon for the Misbegotten, and what is universally regarded as America's greatest play,Long Day's Journey into Night.?illustrated with black-and-white photo-inserts Read Less