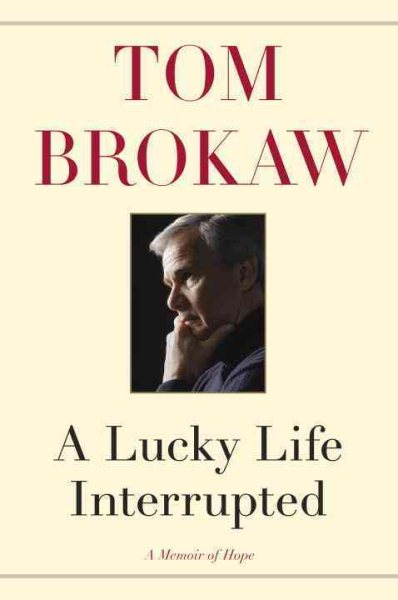 A best-selling author and former NBC anchorman chronicles a year spent battling cancer and reflects on his long, lucky life. Read More
NEW YORK TIMES BESTSELLER • A powerful memoir of a dramatic year spent battling cancer and reflecting on a long, happy, and lucky life—from the bestselling author of The Greatest Generation, whose iconic career in journalism has spanned more than fifty yearsTom Brokaw has led a fortunate life, with a strong marriage and family, many friends, and a brilliant journalism career culminating in his twenty-two years as anchor of the NBC Nightly News and as bestselling author. But in the summer of 2013, when back pain led him to the doctors at the Mayo Clinic, his run of good luck was interrupted. He received shocking news: He had multiple myeloma, a treatable but incurable blood cancer. Friends had always referred to Brokaw’s “lucky star,” but as he writes in this inspiring memoir, “Turns out that star has a dimmer switch.” Brokaw takes us through all the seasons and stages of this surprising year, the emotions, discoveries, setbacks, and struggles—times of denial, acceptance, turning points, and courage. After his diagnosis, Brokaw began to keep a journal, approaching this new stage of his life in a familiar role: as a journalist, determined to learn as much as he could about his condition, to report the story, and help others facing similar battles. That journal became the basis of this wonderfully written memoir, the story of a man coming to terms with his own mortality, contemplating what means the most to him now, and reflecting on what has meant the most to him throughout his life. Brokaw also pauses to look back on some of the important moments in his career: memories of Nelson Mandela, the Dalai Lama, the fall of the Berlin Wall, the morning of September 11, 2001, in New York City, and more. Through it all, Brokaw writes in the warm, intimate, natural voice of one of America’s most beloved journalists, giving us Brokaw on Brokaw, and bringing us with him as he navigates pain, procedures, drug regimens, and physical rehabilitation. Brokaw also writes about the importance of patients taking an active role in their own treatment, and of the vital role of caretakers and coordinated care. Generous, informative, and deeply human, A Lucky Life Interrupted offers a message of understanding and empowerment, resolve and reality, hope for the future and gratitude for a well-lived life.Praise for A Lucky Life Interrupted “It’s impossible not to be inspired by Brokaw’s story, and his willingness to share it.”—Los Angeles Times“A powerful memoir of battling cancer and facing mortality . . . Through the prism of his own illness, Brokaw looks at the larger picture of aging in America.”—Booklist (starred review) “Moving, informative and deeply personal.”—The Daily Beast“The former NBC News anchor has applied the fact-finding skills and straightforward candor that were his stock in trade during his reporting days to A Lucky Life Interrupted.”—USA Today“Brokaw doesn’t paste a smiley face on his story. Again and again, the book returns to stories of loss but also of grace, luck and the beauty of having another swing at bat.”—The Washington Post “Engaging . . . [with] the kind of insight that is typical of Mr. Brokaw’s approach to life and now to illness.”—The Wall Street Journal “Powerful and courageous . . . [Brokaw] looks ahead to the future with hope.”—Bookreporter “Wryly good-natured . . . a wise and oddly comforting look at the toughest news of all.”—Kirkus Reviews Read Less

Goodreads reviews for A Lucky Life Interrupted: A Memoir of Hope