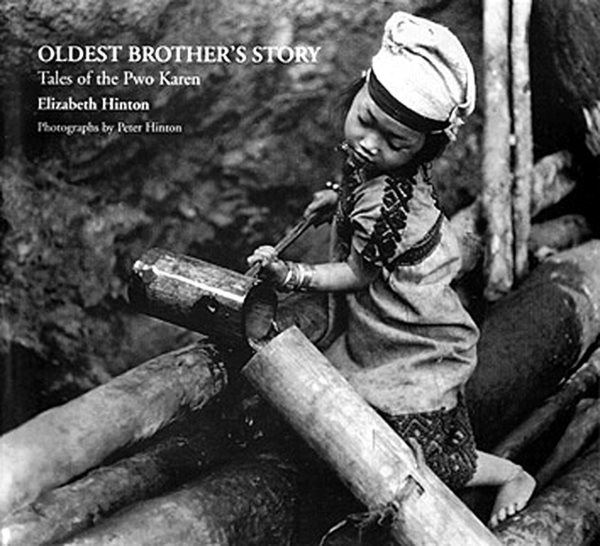 Herein are stories of the Pwo Karen, a northern Thai and Burmese hill people sharing similarities with the better-known Hmong and Yao. Collected in the late sixties from the village of Dong Luang, most of the stories were told in the evening firelight by Grandfather Pai, a master storyteller, and were then recorded and translated by Hinton. Some of these tales of giants and witches, tigers and pythons, orphans and overlords are wonderfully strange. In one story, a polite and poor village orphan wins his way into the hearts of man-eating giants and receives a basket filled with silver. Attempting to duplicate the orphan's success, a rude witch ends up with the giants' other basket, the one full of pubic hair. Illustrated with large b&w photos of the Pwo Karen. Distributed by U. of Washington Press. Annotation c. Book News, Inc., Portland, OR (booknews.com) Read More
Writer Elizabeth Hinton collected and translated the folktales in this volume during her stay in the Pwo Karen village of Dong Luang in the hills of northern Thailand, in 1968 and 1969. She places the stories in the context of the people she knew there, endearingly framed by their human relationships, daily routines, and cycle of seasons—indeed, the very stuff from which the stories themselves spring. The tales are woven into the village’s unchanging agrarian rhythm: sowing in the hot season, weeding during the early rains, waiting through the monsoons, and harvesting in the cool season.In a society where people did not read or write, listen to the radio, or watch television, stories were of great importance. Stories entertained, transmitted history, taught right and wrong, and defined the Karen view of the world. They were also touching human dramas—and literature in their own right.The stories in this collection were recorded during evenings spent chatting by firelight. Most of the stories were told by Grandfather Pai, whose skill in storytelling was unsurpassed, but stories were told by anyone with a story to tell, whenever there were people to listen.Peter Hinton’s evocative photographs of village people and society enliven the text, creating a unique and intimate portrayal of a Karen community that has remained intact in the midst of a changing Thailand. Read Less

A Light in the Shadows

Brindle Royalist,: A story of the Australian plains