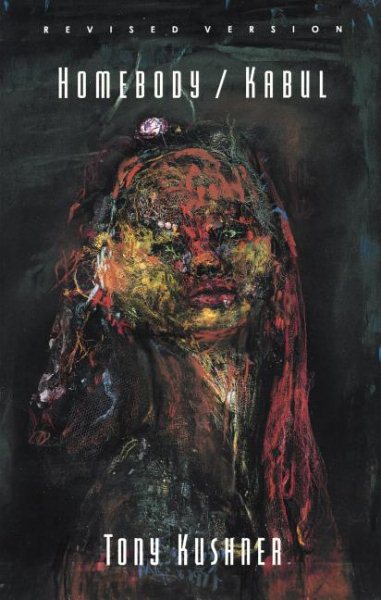 The revised version of Homebody/Kabul by award-winning playwright Tony Kushner is a suspenseful portrait of a dangerous collision between cultures. Read More
<div>&#147;Mr. Kushner’s glorious specialty is in giving theatrical life to internal points of view, in which our thoughts meld with a character’s wayward speculations or fantasies... He makes the personal and the universal, the trivial and the cosmic come simultaneously to life in a single character’s bewilderment.” &#150;Ben Brantley,<i> New York Times</i><br><br>&#147;An extraordinary play&#133;a deeply felt, expansively ruminative drama.” &#150;Paul Taylor, <i>Independent</i> (London)<br><br>&#147;What a feast of a play. No playwright in the English language has a greater passion for language than Kushner. And to this Kushner adds that rare quality in American theater, a yearning to go beyond domestic stories and into the great world of political struggle. Brilliant. It keeps us thinking.” &#150;Richard Christiansen, <i>Chicago Tribune</i><br><br>&#147;This eerily timely work about Afghanistan is comparably mesmerizing and mournful, vast and intimate, emotionally generous and stylistically fabulist, wildly verbal, politically progressive and scarily well informed.” &#150;Linda Winer, <i>Newsday</i><br><br><br>In <i>Homebody/Kabul</i>, Pulitzer Prize-winning playwright Tony Kushner, author of <i>Angels in America</i>, has turned his penetrating gaze to the arena of global politics to create this suspenseful portrait of a dangerous collision between cultures. Written before 9/11, <i>Homebody/Kabul</i> premiered in New York in December 2001 and has had highly successful productions in London, Providence, Seattle, Chicago and Los Angeles. This version incorporates all the playwright&#39;s changes and is now the definitive version of the text.<br><br><br><b>Tony Kushner</b>’s plays include <i>Angels in America</i>; <i>Hydriotaphia, or the Death of Dr. Brown</i>; <i>The Illusion</i>, adapted from the play by Pierre Corneille; <i>Slavs!</i>; <i>A Bright Room Called Day</i>; <i>Homebody/Kabul</i>;<i> Caroline, or Change</i>, a musical with composer Jeanine Tesori; and <i>The Intelligent Homosexual’s Guide to Capitalism and Socialism with a Key to the Scriptures</i>. He wrote the screenplays for Mike Nichols’s film of <i>Angels in America</i> and for Steven Spielberg’s <i>Munich</i> and <i>Lincoln</i>. His books include<i> The Art of Maurice Sendak: 1980 to the Present; Brundibar</i>, with illustrations by Maurice Sendak; and <i>Wrestling with Zion: Progressive Jewish-American Responses to the Israeli-Palestinian Conflict</i>, co-edited with Alisa Solomon.<br>Among many honors, Kushner is the recipient of a Pulitzer Prize, two Tony Awards, three Obie Awards, two Evening Standard Awards, an Olivier Award, an Emmy Award, two Oscar nominations, and the Steinberg Distinguished Playwright Award. He is a member of the American Academy of Arts and Letters. In 2012, he was awarded a National Medal of Arts by President Barack Obama. He lives in Manhattan with his husband, Mark Harris.<br></div> Read Less