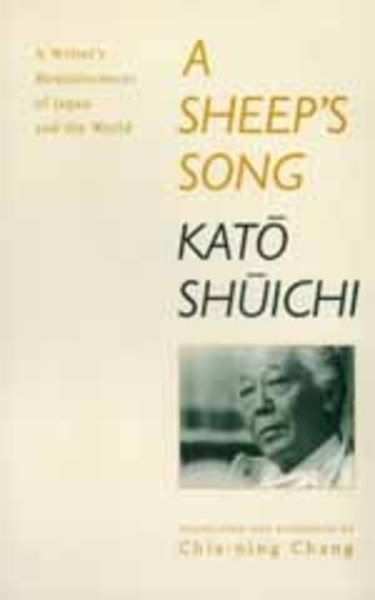 "No book in English so brilliantly and elegantly depicts what the post-war epoch felt like for the social and the literary activist."--Irwin Scheiner, most recently author of The Japanese Village: Imagined, Real, Contested"This nuanced translation of Kato Shuichi's intellectual autobiography provides a trenchant and highly personal vision of the works and thought of a significant figure in Japan's postwar period. . . . [It] makes provocative reading for those interested in Japanese and comparative literature, intellectual history, and the arts." --J. Thomas Rimer, University of Pittsburgh Read More
This critically acclaimed autobiography was an instant bestseller in Japan, where it has gone through more than forty printings since its first publication. Cultural critic, literary historian, novelist, poet, and physician, Kato Shuichi reconstructs his dramatic spiritual and intellectual journey from the militarist era of prewar Japan to the dynamic postwar landscapes of Japan and Europe. This fluid translation of A Sheep's Song captures Kato's unique voice and brings his insightful interpretation of modern Japan and its tumultuous relations with the outside world to English-speaking readers for the first time.Kato describes his youthful interest in the natural sciences as well as in Japanese and Western literatures—from the Man'yoshu to Akutagawa Ryunosuke, Baudelaire, Valéry, and Proust. Turning to the rise of Japanese fascism in the late 1930s, he recalls his rebellion against the jingoistic political atmosphere of the time. The chapters on the war and its aftermath include experiences of Hiroshima shortly after the bombing and the often tragicomic encounters between the defeated Japanese nation and the American Occupation forces. Throughout, memories of his wide-ranging literary career and broad experiences in Europe as a student, traveler, and cultural observer are punctuated by his unique perspectives on the relation between imagination, art, and politics.A postscript written especially for the English-language edition discusses the Vietnam War, the subsequent transformation of Japan, the cultures and societies of Europe, the United States, and China, and the collapse of the Soviet Union. Read Less

Goodreads reviews for A Sheep's Song: A Writer's Reminiscences of Japan and the World

Dancing in the Wings