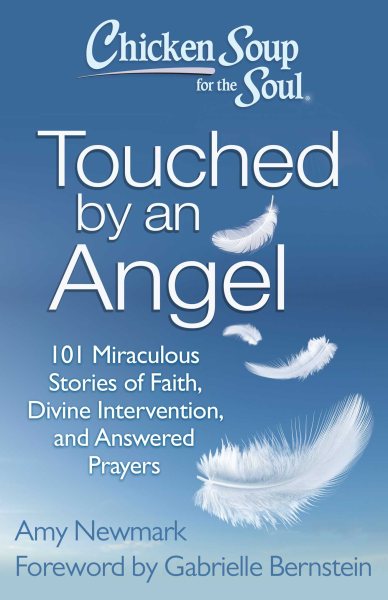 Collects over one hundred true, personal stories from religious and non-religious people that feature hope, healing, and help from angels. Read More
These 101 miraculous stories of angels, faith, divine intervention, and answered prayers will amaze you.You only have to look to find the angels, guardians, and guides in your life. In this inspiring collection you&apos;ll be awed by stories from people touched by their own angels, including: The famous actress who refused to take a flight to her film shoot after a premonition that the plane would crash, thus saving her life. The drowning boy who rose from the pool with his arm up and hand clasped around the invisible hand that pulled him up through the water. The elegant mother who hadn&apos;t used her Shalimar perfume in years and was surrounded by the scent as she died, prompting a nurse to complain. The mother napping while relatives watched her toddler who was woken by an urgent voice prompting her to rescue the child from a rushing creek just in time. The husband and wife who independently felt an urgent need to visit their grandmother late at night, meeting there hours before she unexpectedly died. Read Less

Goodreads reviews for Chicken Soup for the Soul: Touched by an Angel: 101 Miraculous Stories of Faith, Divine Intervention, and Answered Prayers

Chicken Soup for the Soul: Messages from Heaven and Other Mi...

Chicken Soup for the Soul: Angels All Around: 101 Inspiratio...