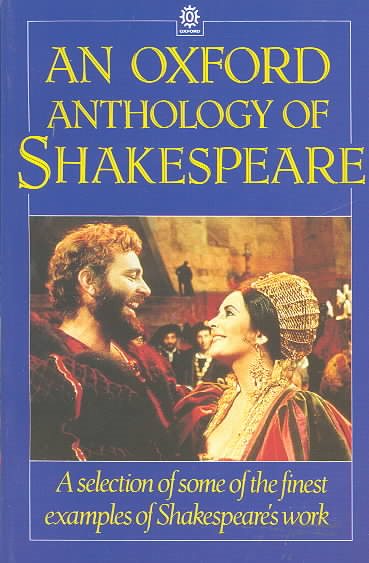 Gathers selected passages from Shakespeare's plays and poems, and groups them around such themes as love, friendship, hatred, wisdom, responsibility, magic, and death Read More
This elegantly-crafted anthology presents over two hundred of the finest examples of Shakespeare's work, ranging from two-line aphorisms to sonnets and even complete scenes. Ideal for browsing, it allows readers to revisit favorite passages such as Hamlet's soliloquy or the balcony scene from Romeo and Juliet, or to discover unfamiliar gems. Above all, it permits readers to savor Shakespeare's unequaled capacity to portray the peaks and valleys of human experience. The anthology reveals Shakespeare's extraordinary ability to capture in words the hearts, minds, and imaginations of kings and peasants, wise men and fools, warriors and page-boys, statesmen and common thieves, as well as quintessential expressions of admiration and vituperation, villainy and virtue, grief, joy, and despair. In creating this anthology, Stanley Wells--the General Editor of the Oxford Shakespeare--has selected those passages which he finds most attractive in their own right and which suffer least from being read out of context. He has also arranged the excerpts according to subject matter, under headings such as Friendship, Love, Hatred, Responsibility and Government, Time, Wisdom and Folly, and Death. For readers looking for a particular quotation, this edition--based on the text of the Complete Oxford Shakespeare--also contains a play-by-play index and glossary. Read Less

Goodreads reviews for An Oxford Anthology of Shakespeare