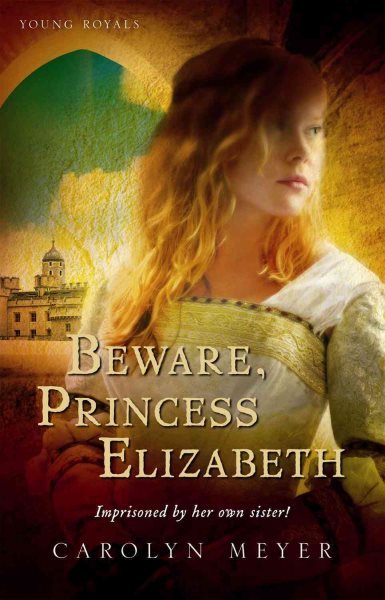 Written in the first-person, this tale addresses the years before this princess's coronation and the struggles she faced in order to stay alive under the reign of her sister Mary. Reprint. 20,000 first printing. Read More
Imprisonment. Betrayal. Lost love. Murder. What more must a princess endure? Elizabeth Tudor&#39;s teenage and young adult years during the turbulent reigns of Edward and then Mary Tudor are hardly those of a fairy-tale princess. Her mother has been beheaded by Elizabeth&#39;s own father, Henry VIII; her jealous half sister, Mary, has her locked away in the Tower of London; and her only love interest betrays her in his own quest for the throne. Told in the voice of the young Elizabeth and ending when she is crowned queen, this second novel in the exciting series explores the relationship between two sisters who became mortal enemies. Carolyn Meyer has written an intriguing historical tale that reveals the deep-seated rivalry between a determined girl who became one of England&#39;s most powerful monarchs and the sister who tried everything to stop her. Read Less