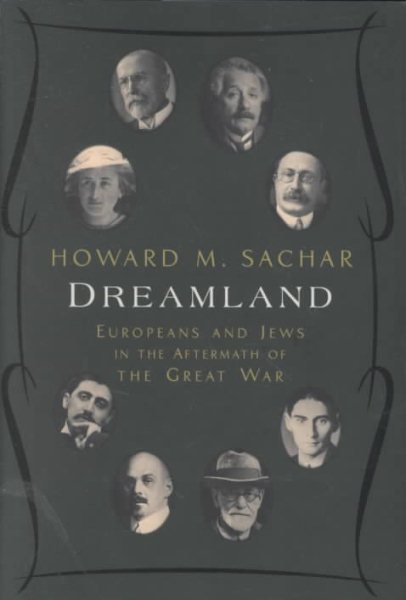 Provides an account of the struggle of Europeans and Jews to reconstruct their lives and culture in the wake of the ravages of World War I. Read More
In this well-referenced analysis of Jewish idealism and realities in post-World War I Europe as a barometer of social change, the author/ editor of numerous books on Jewish history focuses on the careers of such luminaries as Freud, Kafka, Proust, German activist Rosa Luxemburg, and French Socialist LTon Blum. Includes maps of the war's Ukrainian killing fields and the European Jewish population in 1933, but no photos. Annotation c. Book News, Inc., Portland, OR (booknews.com) Read Less

Goodreads reviews for Dreamland: Europeans and Jews in the Aftermath of the Great War

FROM THE ENDS OF THE EARTH

A History of the Jews in America

A History of Israel: From the Rise of Zionism to Our Time