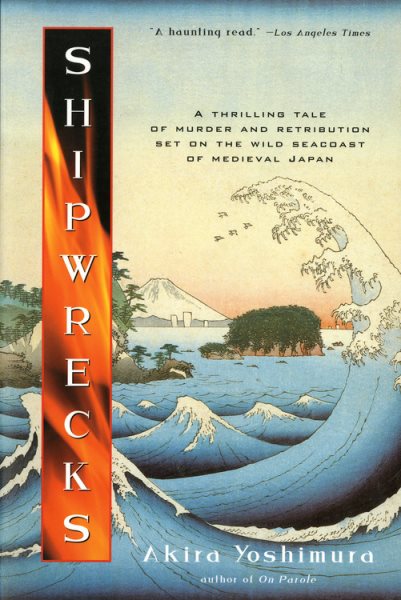 Living in a remote, desperately poor fishing village in medieval Japan, nineyearold Isaku becomes the head of the family in his father's absence and, with the villagers, makes a living from luring merchant ships onto the rocky shoals, slaughtering their crews, and looting the cargo. Reprint. 25,000 first printing. Read More
Isaku is a nine-year-old boy living in a remote, desperately poor fishing village on the coast of Japan. His people catch barely enough fish to live on, and so must distill salt to sell to neighboring villages. But this industry serves another, more sinister purpose: the fires of the salt cauldrons lure passing ships toward the shore and onto rocky shoals. When a ship runs aground, the villagers slaughter the crew and loot the cargo for rice, wine, and rich delicacies. One day a ship founders on the rocks. But Isaku learns that its cargo is far deadlier than could ever be imagined. Shipwrecks, the first novel by the great Japanese writer Yoshimura to be translated into English, is a stunningly powerful, Gothic tale of fate and retribution. Read Less