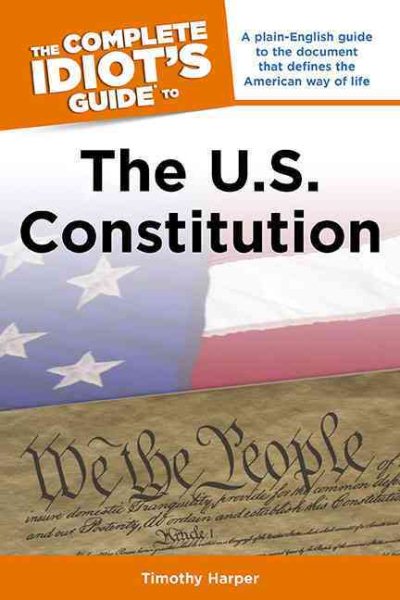 Introduces the Constitution of the United States, discussing topics such as its history and formation, the significance of the Bill of Rights and other amendments, and how it has been interpreted in the past and present. Read More
The “living” document that changed the world. One of the most revered, imitated, and controversial government documents in the world, the U.S. Constitution serves as the foundation for the American government and shapes the lives of Americans every day. But how many know its history and the impact it’s had on American laws and practices throughout history? This guide serves as the most current and accessible handbook to this all-important document. —Covers the document itself, as well as controversial interpretations and decisions Download a sample chapter. Read Less

Goodreads reviews for The Complete Idiot's Guide to the U.S. Constitution

What Do You Do with a Tail Like This?

The City (with bonus short story The Neighbor): A Novel