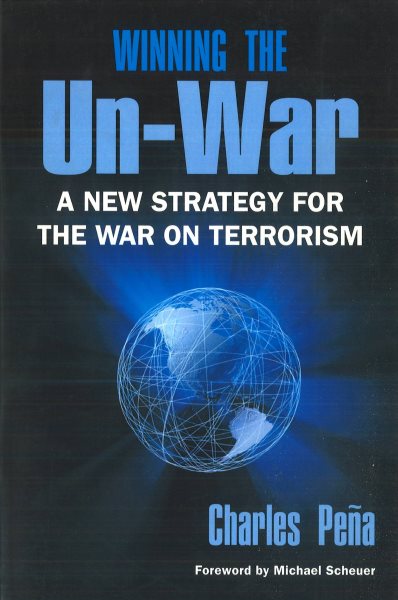 Peña (a senior fellow with the Coalition for a Realistic Foreign Policy and a senior fellow with George Washington U.'s Homeland Security Policy Institute) argues that the current "War on Terror" (the "un-war" because the US is not battling another nation-state) is misguided and misconceived as currently constituted. Fighting a "War on Terror" makes as much sense, says Peña (quoting Bush administration official Eliot Cohen), "as if Americans had responded to Pearl Harbor by declaring a global war on dive bombers." Instead, the US should focus on its real enemies, the non-state- sponsored and non-hierarchical al-Qaeda. Such a strategy would consist of dismantling and degrading the al-Qaeda network, establishing a new US foreign policy that does not needlessly create new al-Qaeda threats, and bolstering homeland security against future terrorist attacks. Annotation ©2006 Book News, Inc., Portland, OR (booknews.com) Read More
According to President Bush, “the American people are safer” as a result of invading Iraq. True, Saddam Hussein has been removed from power. But al Qaeda, the group that planned and carried out the attacks on September 11, remains at large. Meanwhile, the White House has conceded that Saddam Hussein had nothing to do with the attacks.Charles Peña argues that the war in Iraq is but one misstep in the Bush administration’s “global war on terror.” Terrorism is simply a tactic, however, not an enemy. Trying to eradicate it is a quixotic quest that does not focus on those responsible for 9/11. Instead, the national security strategy should consist of three central elements: establishing homeland security against further attacks; dismantling the al Qaeda terrorist network; and enacting a foreign policy that does not attract new al Qaeda terrorists.This approach requires restructuring U.S. forces and ending Cold War–era commitments that distract from the current, pressing threat. It also requires ameliorating the negative consequences of an interventionist U.S. foreign policy, which creates incentives and opportunities for terrorists to target the United States.If we misdiagnose al Qaeda’s motivations or focus military efforts on the wrong targets, then we run the risk that the war against the al Qaeda terrorist threat (and the radical Islamic ideology it represents) will become a broader war against the Islamic world that could last generations and cost countless lives. With a foreword by Michael Scheuer, the bestselling author of Imperial Hubris. Read Less

Goodreads reviews for Winning the Un-War: A New Strategy for the War on Terrorism

Winning the Un-War: A New Strategy for the War on Terrorism

Winning the Un-War: A New Strategy for the War on Terrorism